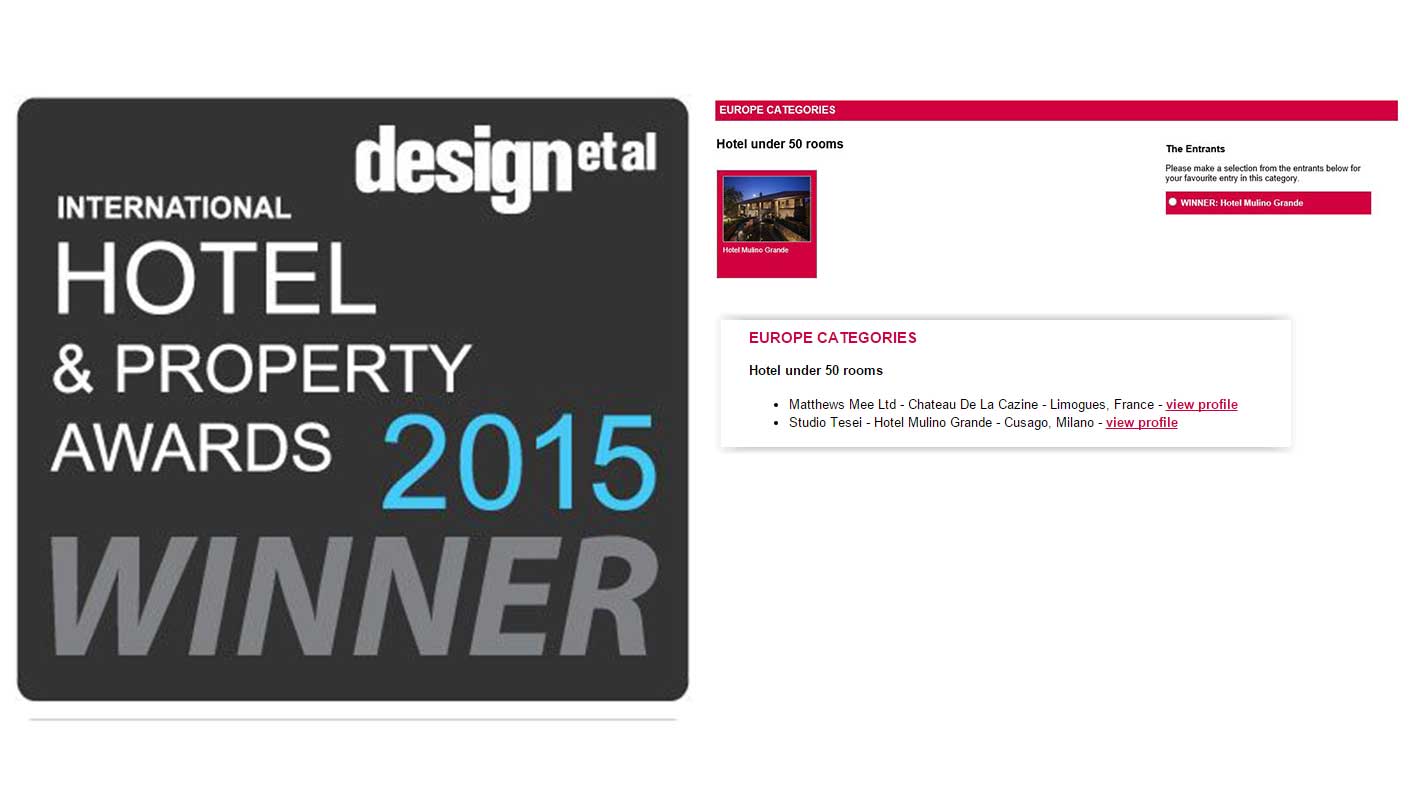 Design et al are pleased to announce further shortlist success for Studio Tesei in the IH&P Awards 2015, this time for the Hotel Under 50 Rooms (Europe) Award.

The Hotel Mulino Grande is the result of the transformation of a Sixteenth Century water Mill within the Agricultural South Park of Milan. The project involves both contemporary design and attention to detail, preserving the charm of history and the vitality of nature. The hotel hosts 21 rooms and suites, meeting rooms, Spa and Il Magiono Restaurant. It is made up of two main blocks, both organized on two levels, which communicate across a central garden open to the surrounding rural landscape. The water mill building built on a bridge over the Soncina Canal hosts a reception room, a lounge, a bar and a restaurant on the ground floor and four suites on the first floor. (altro…)